x
Home » General » Black Pound Day: Why is it so important?
General

What is Black Pound Day?

Black Pound Day is a monthly initiative that encourages customers to switch up their normal shopping locations to local and online Black-owned companies on the first Saturday of each month, rather than only one day a year. The objective is to change the UK’s purchasing patterns to make them more inclusive, which will help to build the Black economy and communities.

Nothing speaks louder than money and how we spend it when it comes to achieving significant change. Following the Black Lives Matter movement, one project in particular, Black Pound Day, is trying to address the retail and economic disparities that impact Black communities in the UK.

Black Pound Day also gives customers the chance to learn more about how they may make long-term commitments to support Black-owned companies. Swiss recently reflected on Black Pound Day’s influence in its first year, writing: “According, Black companies were looked for more than ever in London since the beginning of the internet in the same year the initiative launched, which is indicative of the movement’s tremendous impact.”

“Black Pound Day is officially the biggest economic movement for Black people in the UK since time immemorial and has successfully turned unconscious consumers to intentional spenders and political protesters to economic activists.”

In reaction to George Floyd’s killing in May 2020 and the Black Lives Matter movement, we founded Wakuda, which is an online marketplace for Black-owned businesses. Black Pound Day was created by Swiss, a member of the So Solid Crew, to empower the Black community in the UK and assist build its economy and infrastructure. Black Pound Day is a direct and nonviolent response to the systematic racism that produces un-equality for the Black population in the United Kingdom.

Why is Black Pound Day important?

The statistics driving the economic disparity that BPD seeks to redress are startling. In fact, Black-owned businesses are disproportionately underfunded and more likely to be rejected by investors, who prefer to fund businesses led by white men (in the United States, only 1% of venture-backed founders are Black, and the US Federal Reserve found that Black-owned businesses are also twice as likely to be rejected by investors).

Black Pound Day not only raises awareness of Black-owned companies, but it also helps to promote the Black economy. “According to Google GOOG -1 percent, Black companies were looked for more than ever in London since the beginning of the internet in the same year the campaign started, which is indicative of the movement’s enormous impact,” Swiss writes on the Black Pound Day website.

While it’s impossible to estimate the actual amount spent with Black-owned companies as a consequence of the campaign, members of the Black Pound Day website have reported more than £100,000 in receipts, with the total amount spent likely to be considerably higher.

The concept is simple: encourage customers to support Black-owned businesses across the UK and Europe by emphasizing the importance of making informed financial decisions, making it easier than ever for customers to spend with Black-owned businesses and develop more inclusive shopping habits, while also empowering Black communities and entrepreneurs. Shoppers are invited to replace their normal retailers with Black-owned companies for one day each month.

Black Pound Day isn’t just one day a year; it’s a year-round campaign and monthly event that takes place on the first Saturday of each month.

Where does Wakuda come into this? What can we do to help?

At Wakuda we’ve created a community-based, solution-based marketplace that not only promotes Black-owned businesses and entrepreneurs, but also gives them a platform and the chance to grow their brand. It’s a fantastic way to show your support for Black-owned businesses by replacing your normal purchases with goods manufactured by Black-owned businesses. A great way to discover quality ethical alternative products that are not found on the high street.

‘If we spend only £10 a week on Black companies, we can invest £1.9 billion into the Black community,’ according to the Black Pound Day website.

When you make a purchase, share it on social media — your advice could encourage someone else to do the same.

Forbes under 30 Black Entrepreneurs and Creatives 2021 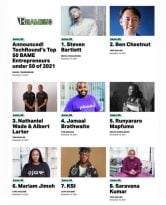 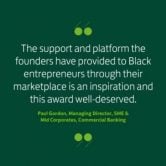 Black Card Companies You Can Shop With 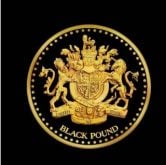 Shopping with us
Secure Payments